I’ve been following the threads about the smell of the headrests and I tried to figure out the posts about removing the third row headrests but just couldn’t quite figure out removing them despite pictures and descriptions. So I thought I’d make a quick post with pictures of where the release buttons are. So the release buttons are the chrome buttons on the back of the headrests in this picture above the black plastic. Press both and elevate or remove the headrests. They are very thin. 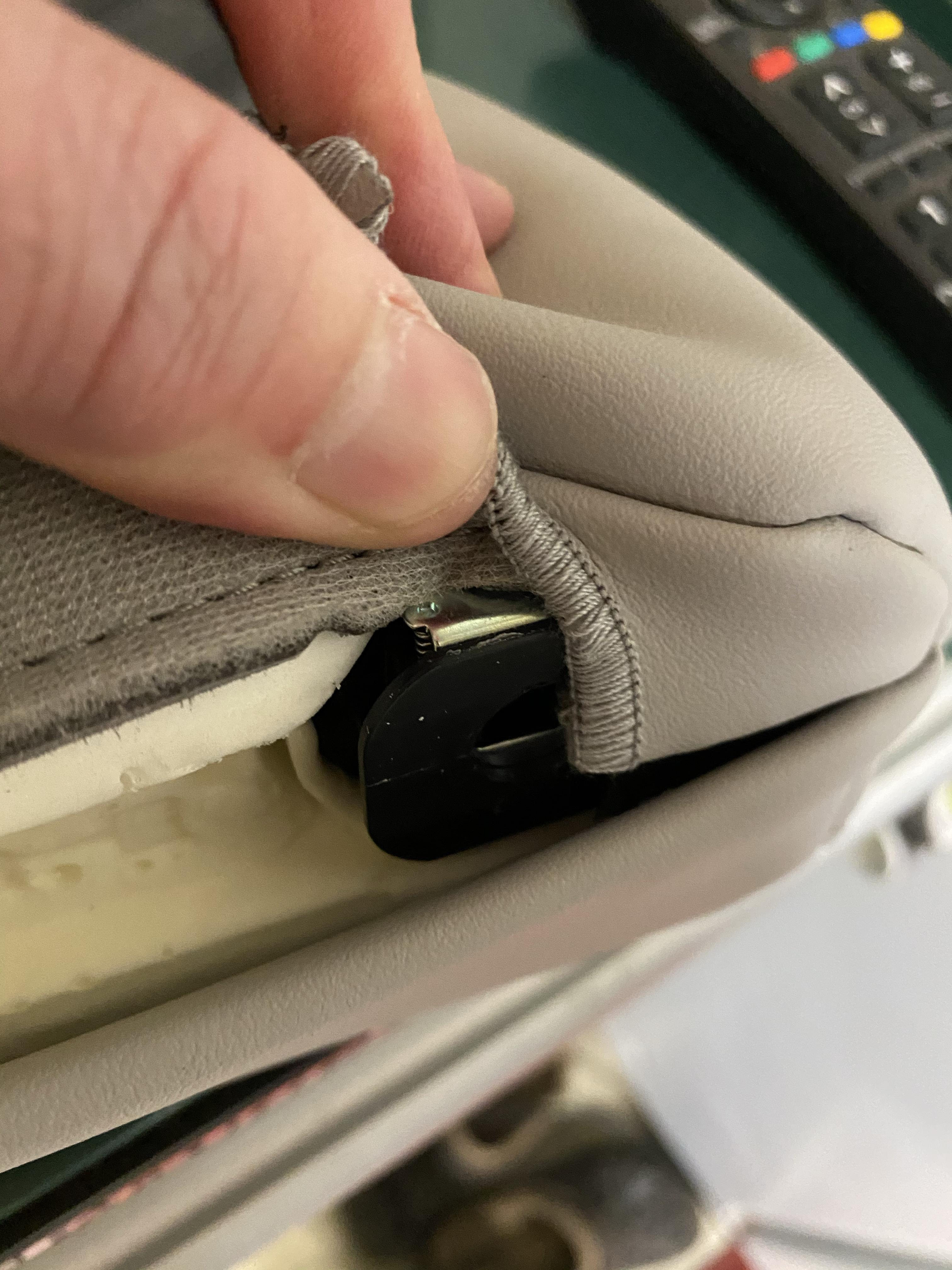